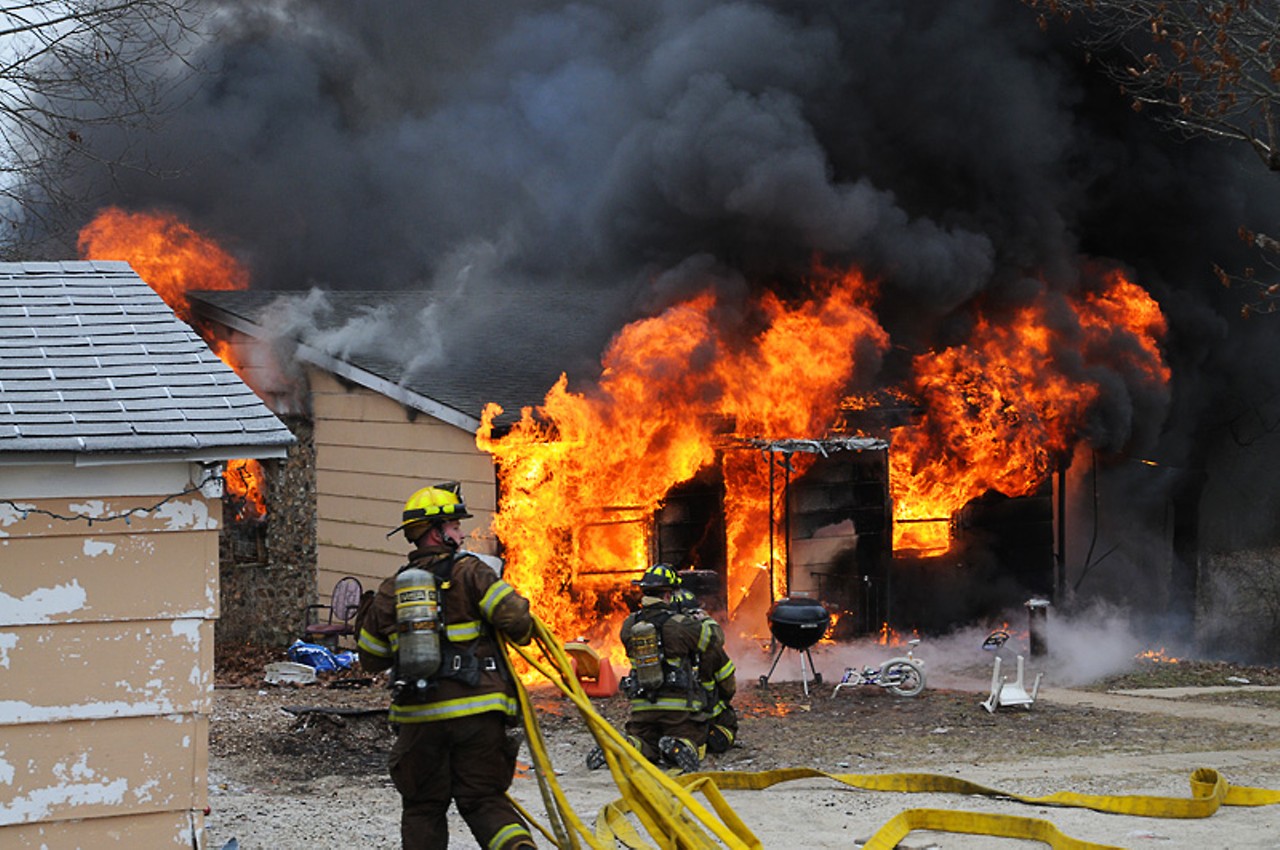 The ambulance rips away from the curve

almost sideswiping a careless and unwatchful

boy on a bike.

The grandmother of the boy inside the ambulance,

who is standing on the sidewalk,

sees the potential tragedy and

throws up her hands in a gesture that says

Oh, Lord, no; not another baby fighting for his life,

like her baby in the back of that bus.

The boy’s mother, the grandmother’s daughter,

has gone with the ambulance. She sits,

holding her son’s hand, prayers mixed in her tears,

wondering how this could have happened without her knowing.

She tries to tell herself that she hasn’t been a bad mother,

but given the present evidence she has to wonder

whether that’s true or not.

Her son’s face is burned so badly that

She wouldn’t recognize it if she didn’t know it so well.

This was written in my East End days, maybe 2005. There were a lot of meth fires; there probably still are. Most evenings there was at least one on the news, lots of times two. The funny thing about this piece is that I’m not certain if it’s fact or fiction. I’m sure it’s fiction, but it reads in a way that makes me think I might have been near something like that. Still, I’m certain there’s a truth that resembles it somewhere.

Be well, friends, and be good to one another. And don’t do meth. And if you’re out there, if you’re struggling with it, anything or any of it, call someone; I’ll see if I can rustle up a number. Still, until then, call a friend; don’t despair. As dark as it is, if you’re alive, there’s hope.

One Reply to “Meth Fire–a poem”