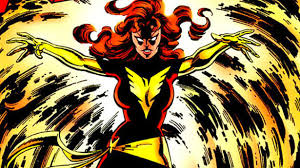 I was 14, and I found a copy of a Ka-Zar comic book under the bleachers at a basketball game. It was the first issue of a series, so it said it was a collector’s issue. At 14, I was all about finding things that could make me money without having to work hard for it, so this interested me. I mentioned it to the two friends that I had who were really into comics, Dan Russell and Tim Phillips. Both told me there was little chance that particular comic was ever going to appreciate much in value, but that there were good comics that probably were. They steered me in the way of the X-Men.

I began buying and reading X-Men in February of 1981, when the Uncanny X-Men were on issue #144. That was seven months after the Dark Phoenix saga had ended, in issue #137.

Dan, Tim, and I became quick comic friends from that point, and so much of what they talked about when they talked about the X-Men was Jean Gray and the Dark Phoenix saga. So much of the new issues that I was buying and reading each month still dealt with fallout from those books, as Jean’s fiance,Cyclops, was still the captain of the team and in deep mourning over what he could have done to save her.

With the help of these two friends and mail order comic book vendors, in time I purchased all of the back books that contained these story lines that had so piqued my interest. I found them worthy of my wonder.

I wound up only being into comics for about six years, but the Dark Phoenix story-line is easily my favorite of all of them.

Now, Marvel is bringing it to the big screen. It’s presently scheduled to be released on November 2 of this year, and I just can’t wait. I hope they don’t try to put it all in one movie, because, if they do they’l probably run it short. If they give it the length it deserves, however, with all the Prometheus, Black Tom Cassidy, and Hellfire Club stuff, it really could be something special.