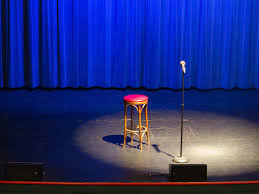 Omgoodness; I’m a bit surprised. I was under the impression that I had published every piece of verse worth note on this site, but apparently I missed one. I have published a video of a spoken word version of “Slamming at the Empty Glass,” but not the written version. So, now I will have done so.

This is a continuation on the theme that began with the “Stephen King…” essay and continued with “Keeping up with the Beckners.”

I wrote “Keeping up…” on November 7, 1999 because Shawn Beckner had written something new for the first ever Gypsy Productions poetry slam at The Empty Glass, and I hadn’t. Then, the next day I wrote another. It was called “Slamming at the Empty Glass.” I did both of them that following Tuesday at The Glass. I placed second. (The person who beat me was formidably impressive, and she is also the person who inspired the poem, “She never made it as a teacher,” which can also be found on this site. Check that one out while you’re here; if you scroll down, you get to the search field.)

Shawn’s poem was off the charts brilliant, however. Alas, he didn’t get out of the first round because the judges weren’t smart enough to appreciate it.

Anywho, this is “Slamming at the Empty Glass.” I hope it does something good for you.

Love you, beautiful people. Until soon.

Slamming at the Empty Glass

Of all the ways I could’ve chosen
to spend this day,
I’m very pleased with the way that I chose:
a day spent on learning and a night set to yearning,
good friends, and a pissed off cabernet
clinging hard to the glass,
chock full of ass,
something to chew on along with these thoughts
in this world of the now
where we note what we have
and waste no thought on what we ain’t got.
Because we have friends who will come together
in a live music bar on the town’s east side.
We have friends who will speak the condition
and allow us a look inside
at some of what’s there
that just might apply
to the business of life in the first person, set.
We have friends who took time to string words
for our conditions, the better, to get.
And doesn’t it feel so nice?