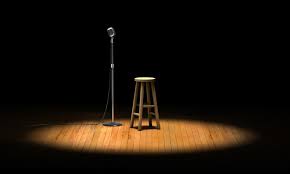 From 2006, “Just that Much or Something Similar” is the last slam I wrote for performance at the Empty Glass before Finn was born and I later moved to Pennsylvania and began my life as a family man. This details where I got to as a spoken word artist; I’ve told you that, early on, when I went wrote with the actual performance in mind, the actual performance was my focus and my subject. My primary concern was what I brought to the stage, because I knew if I didn’t bring anything to the stage, if folks didn’t take something away from it, then it was all for naught. I expected the same from others as well.

“Just that Much or Something Similar”

I want to be moved tonight,

that’s why I cared to leave the house.

an in-tune with the Universe and it all

to walk these East End streets

and come to meet

these stringers of words

and to hug old friends

and to lend an ear.

I want to be moved tonight,

that’s why I cared to leave the house.

That some real sweet spitter

will stand up and take the mic

and blow it up

and sway his or her ass

a word stringer who

done got beyond caring

and put it on the page

and brought it to the stage

to spit at folks who can take it.

I want to encounter a word slammer

who knows enough to say,

“Yes, the world is going to hell,

but can’t we do

without some of the drama?”

Someone who can see the fine

between living and creating

in the theoretical and the real.

Someone who can say, to life:

This is the hard of it.

This is what I have to take

to make it through.

to the task of taking

and making it through.

I want to see

a wave stringer who knows that

the words only begin on the page

and that there is no place

they can’t go from there,

the type of writer who knows

that they don’t have to change

the whole world with their words,

they only have to change their own.

If everyone would do

One Reply to “Just that Much or Something Similar–a slam (No. 5 in the Empty Glass Series)”