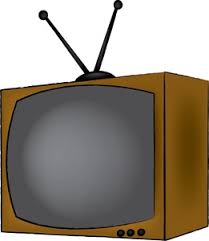 It’s been a while since I’ve done this, so I thought it was time to catch up on my impressions of some of the things I’ve watched over the last couple of months.

My Next Guest Needs No Introduction with David Letterman (Netflix)

David Letterman is back on TV. For a guy like me, that’s all that needs to be said. Dave is my all-time favorite late night host. Our family has a friend named Dave Roop, and so often during my life I recall conversations that began to this effect:

“Dave said something interesting the other night.”
“Letterman?”
“No. Roop.”
“Oh.”

When Late Night first aired, I was 15, and Dave was just the coolest. I could appreciate Johnny, but Dave’s shenanigans spoke to a younger audience. So much of what hosts like Conan and the two Jimmys have done and are doing hearkens back to Dave’s unwillingness to self-edit. Just throw it against a wall and see what sticks, only with Letterman, sometimes that was literal.

He came to be a part of the cultural lexicon of our family.

And now he’s back, and he’s talking to news-makers about some of the aspects of their lives that might not be in the news as much as others. His first guest–six once-monthly episodes are scheduled–was President Obama and his second was George Clooney. I enjoyed both episodes because I like learning new things about interesting people. Plus, I like Dave. It would not piss me off, however, if he shaved the beard.

Comedians in Cars Getting Coffee (with Jerry Seinfeld) (Netflix)

This is just about as perfect as TV can get.

I’m a big Jerry Seinfeld fan, but I never watched much of his show because I didn’t much care for the supporting cast. To me, George and Elaine were just victims–Jerry’s character was also to a point–and while those might have been good characterizations of an archetype of our society, I don’t care to be around people like that, so I don’t care to watch them on screen.

Still, I’ve always liked Jerry. I like that slice of life, not much of a story here, thing he’s got going, and I think Comedians in Cars… plays right to that. What’s more, the cars are cool.

As with the sitcom, sometimes Jerry shares the screen with comedians I don’t care for; I don’t watch those episodes.  Rather, I just go through and watch the episodes with the comedians I like. I started with the two-part Jimmy Fallon, which was some of the best I’ve seen of the show to this point. I really liked the Lorne Michaels and Kevin Hart, just to name a couple, but my favorite so far has probably been Norm McDonald. I love that guy, and this casual set-up is just perfect for his brand of humor.

So, if you like Jerry, cool cars, and/or smart people talking about their craft and the business of it, this is a pretty decent wile away some time show.

This movie tells the story of the pilot who moved more guns and drugs between the United States and Central and South America in the late 70s, the Pablo Escobar and Sandanista Rebels days, than any other.

Say what you want about Tom Cruise, but when he does what he does well and has a good project to work with, he’s still very much worth watching. I loved this movie. That is in part because I like learning things about history, especially the history of my lifetime. It’s interesting to me to learn about things that were big in the news, but about which not much was really known. We knew all this went down, and this sheds some light on how it did.

There’s no great mystery about how this is all going to turn out, but we have to see how a man’s greed got him to the end we can imagine.

If you like movies that show you the behind the scenes angles on things, I highly recommend this.

This movie showcases the six-day siege of the Iranian Embassy in London in the Spring of 1980. Iranian militants from a southern province took control of the Embassy, along with 26 hostages, with demands that prisoners be freed. That’s not a new story-line. Still, while it might not be the greatest film, I thoroughly enjoyed this film. IMDb.com has it at a 6.2, but I score it higher than that. That’s probably more because of that interest in how things went down behind the scenes, rather than how entertaining the movie actually is, so if you’re not into this kind of drama like I am, it might come off as rather average for you. If nothing else, Mark Strong is excellent as the police negotiator.

So, there’s a bit, friends. Maybe you’ll find something you can relax with here.

Much love, and thanks for reading.