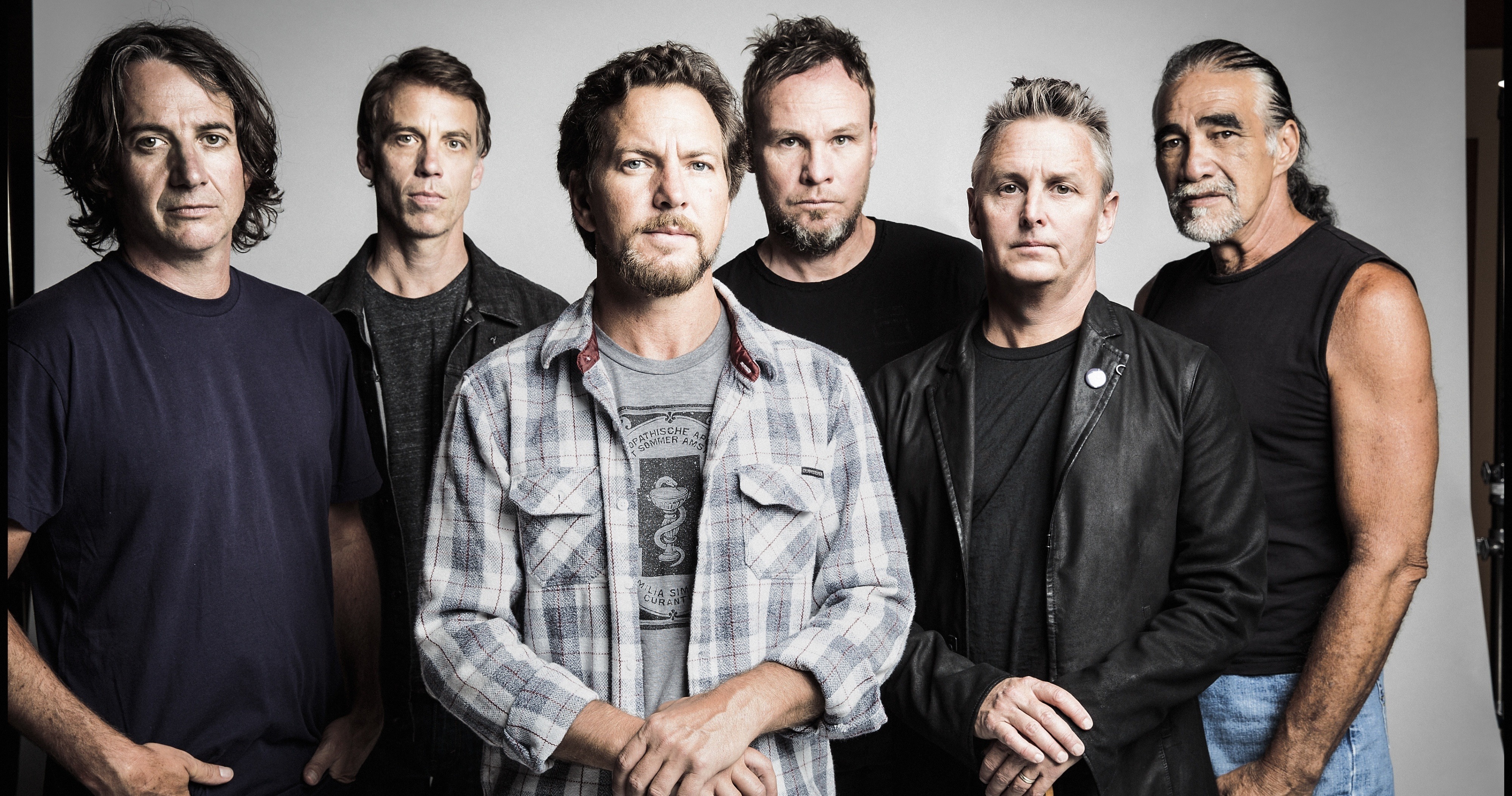 It has been five years since Pearl Jam’s most recent album was released, and since I first got to know that album, Lightning Bolt, I’ve wondered what the next one would sound like. I’m a fan of Pearl Jam, you see. I haven’t been an active fan of the band for all of its 25+ year existence in the public eye, but I caught up with everything from those Binaural years of the new millennium, which were also my college years. I am today well-versed on the band’s entire catalog, not just the studio albums, but Lost Dogs and the Gorge Concerts as well, as well as many other fonts of covers, outtakes, and rarities.

Having waited for five years to see what comes after Lightning Bolt, which was my favorite album back to Yield, I’d say, and maybe farther, I would like to think that these two songs are a good indication that a new album is on the way, but there is no guarantee of that. The one song, “Obey the Law of the Heart,” is a soundtrack song, the movie being the forthcoming Brie Larson rom com, Basmati Blues. (I only used the phrase “rom com” to prove to myself how ghastly it feels to do so; having proven that, I will never use that abbreviation again.)

The other song, “Can’t Deny Me,” is a protest song. These are both types of songs that bands might do in one-off fashion. Yes, I have to think that two new songs coming out so closely together means that a new album is imminent, but there’s nothing to prove that as of now.

That aside, what of these two new offerings? Well, as one can imagine, they’re greatly different from one another. I recall Eddie Vedder once saying that the band set out with hopes of giving an experience not unlike Zeppelin on their albums, where the listener has no idea which genre the next song is going to be from, and these two releases play to that goal, just as all of the band’s studio albums have.

“Obey the Law of the Heart,” which was written by Stone Gossard and contains guest vocals from Sain Zahoor and Priya Darshini, sounds like it could have been taken from the same studio session as “Sirens,” the band’s first true foray into the realm of the power ballad, from Lightning Bolt. This new track doesn’t succeed as well as “Sirens” did, but it’s decent enough music for a film, and the Indian vocal parts toward the end are a good reminder of Eddie’s work with Nusrat Fateh Ali Khan for Tim Robbins’s mid-90s biopic, Dead Man Walking. If they do this one live, I’ll be more apt to take a bathroom break or go for concessions than I would be if they played “Low Light” or “Just Breathe.”

“Can’t Deny Me,” as our good friend Steve for the Deaf (You can check out Steve’s thoughts on “Can’t Deny Me” here.) says, is “punk as fuck.” If you’re going to protest, you might as well rage and rant, and this unit can do that as well as anyone. This one comes from the same vein as Lightning Bolt‘s first single, “Mind Your Manners,” and it is just a strong little rager of a punk piece that reminds you once more that these men never get together to make good music unless there is a good reason for doing so. “Can’t Deny Me” is certainly a good reason for them to get together to do so, and it holds promise that the next album, whenever it drops, will certainly have been worth the wait.

Be well, my friends, and rock on.