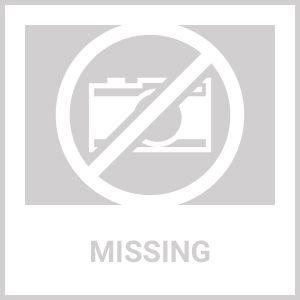 Today was to be the 42nd or 43rd Cincinnati Reds’ opening day game to satisfy my long anticipation, but, for the first time, I’m going to have to wait an extra day. The weather forecast so much better for Friday (a scheduled day off)  than today, the teams have announced a rain-out, with a Friday make-up. It’s the first opening day game the Reds have had rained out since 1966.

Aside from having to wait another whole day to watch my favorite sports team take the field for the season, I’m somewhat pleased to what it does to the starting pitching rotation. Moving the game back means that Reds’ opening day starter, Homer Bailey, would have to pitch his second outing on only three days rest.

To keep that from happening, Manager Bryan Price will begin the season with a five-man rotation, rather than four, which was the original plan.

I prefer a five-man rotation, especially when the team is going to be looking at so many young pitchers. The Reds’ success this season is going to depend largely on how well the young hurlers perform—especially the starters I think—and I like the idea of getting to see how one more of them—Amir Garrett will get the added starting role—handles the starting role.

The other four pitchers in the rotation as the season begins are Bailey, Sal Romano, Luis Castillo, and Tyler Mahle.  Brandon Finnegan, who looks to factor into the rotation later, is staying behind in Arizona an extra week to help him get closer to full strength, and Anthony DeSchiafani, who might wind up being the staff’s ace, is hoping to make it back from injury in May or June

If that group performs well, and the club gets the production it hopes to out of the likes of Joey Votto, Adam Duvall, Scooter Gennett, and Devin Mesoraco–who hopes to have his first injury-free season since his All-Star campaign of 2014–they could indeed be a contender.

Always a bit of a wishful thinker when it comes to the Reds, I really believe the team has the chance to make the playoffs. I realize they finished in the cellar of the National League Central the last couple of years, but they have been in rebuilding mode, and a lot of the work toward that end has been done. There was some progress last year, but hopefully this is the year when we see the successes of the club’s efforts over that last few years.

I’ll be watching, no matter what.

Be well, may friends; I see you back here soon.