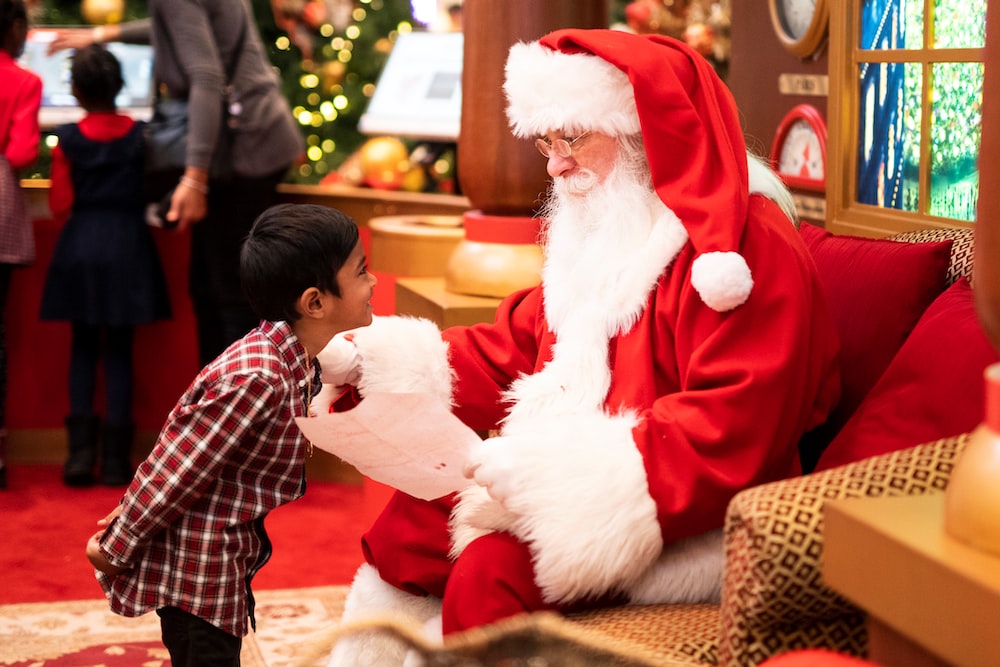 I’ve been going through a lot of old posts and adding aspects, like tags and blurbs, to boost their SEO. This has helped, and I see people reading things I wrote a long time ago and which nobody has clicked on for quite a while. This has shown me some posts that are worth sharing again, when I want to post something but don’t have anything new. This one popped up the other day, and it felt like a good time to share it.

I used to think that playing Santa Claus, being Santa might be a better way to say it, was something that everyone should do before they die;  now, I don’t. Still, for folks who believe in Christmas magic–my wife has won me over–if you ever get the chance, I highly recommend it.

I was fortunate enough to be Santa twice, and it was long before I believed in Christmas magic. Still, it was a pretty magical deal.

I served as president of our chapter of the National Foreign Language Honor Society, and we did events throughout the year. We were always scant in number, so it was all hands on deck. Since we were all taking classes or teaching classes, and doing everything else that goes along with college life, these situations were always so hodgepodge. Somebody can’t be here until a certain time because of something, and somebody else has to leave early because of something. We just pasted it together as it came, and it always seemed to go pretty well.

Then, we got to the point my junior year when I was the only male active in the group, so it befell on me to play Santa at the annual deal we did for the kids at the university’s day care.

It was kind of a standard deal; there was probably pizza and candy and whatever, then a certain number of students would read a story to the kids in the language that he or she was studying, and then the kids would get to sit on Santa’s lap and tell him when they wanted.

Since we were shy in number—there were about five or six of us—each person had various jobs, which meant there were exchanges to happen and locations to change. It was kind of like doing a play. I remember the one of the first year I played Santa having some kind of refreshment area that was in a different room from where we read stories and Santa came.

So, not only did I have to play Santa, but I think I had something to do with the refreshment part earlier, then I had to read a story in Spanish, and then I had to break away to change into the Santa costume. Then, after all of that, I had to play Santa.

Anyone who has ever played Santa knows how nervous it is that first time. You’re about to be Santa, for crying out loud. You’re about to embody something that for some kids is the best and holiest thing they know. And that’s just who you’re going to try to be; the more terrifying aspect is what possible crazy things they might ask.

So, all of us are all over the place. I’ve got some part in the refreshment deal, and then I go read Pinocchio in Spanish to a bunch of kids who only care that Santa is going to be there, and then I have to sneak away and change into the Santa costume, and this isn’t the largest place, so that’s not easy to do when you’re trying to be sneaky.

After that, I’m scheduled to go back and play Santa, and Lord only knows what that’s going to be like. If you’ve ever been in such a situation, you know how you’re looking for any edge to help you get everything done on time, and that’s the reason I didn’t change my shoes. An extra pair of shoes would have just been one more thing to concern myself with, and I’m sure I was trying to streamline and have as few moving parts as possible.

I recall it being a thing with the shoes; it was a consideration for sure. I don’t remember how that little tussle went inside of me, but I do recall that I at least considered a second pair, but then I just decided to go with the one. I’m glad I did, because I wouldn’t have a story if I had taken the second pair.

I didn’t change shoes, wearing the flat black work shoes, which befitted Santa I thought, for the early parts of the party and just putting them back on after I’d put on the costume.

And so I went and I was Santa, and it was going along well enough. Then, there was this little girl–I think I recall her being four–and she asked for something like a little sister. I can’t remember exactly what it was, but it was one of those things that kids ask for that Santa can’t possibly be expected to say yes to. I don’t remember how that all went, but I know it didn’t turn out well. I can’t recall why that was, but just that the situation was not resolved to her satisfaction.

I kind of remember expecting her mother or one of the workers to step in and say something like “Oh no, Katie, Santa doesn’t bring babies,” but that didn’t happen, which put me in that awkward position of trying to talk to another adult over the head of a child who is plenty old enough to know when the adults are talking over her head. I don’t recall just how it went down, but I think they kind of just left it up to me to handle it, and I handled it poorly.

So, here I am; I’m Santa, which is already nerve-wracking enough that first time, and I’m tanking. So you know that I’m just itching for this whole deal to be over. I get through the rest of the kids well enough to not remember anything bad happening.

Then, you had the bad guy of the group, as bad as a six year old can be. He was bad enough that he let it be known that he wanted to be known as the bad guy. When things were breaking down, he and I had some chatter back and forth about how he’d better be a good boy or he wasn’t going to get any presents and about how he wasn’t going to be a good boy and he didn’t care if he got any presents or not.

Well, this kid had a friend who could not believe he was standing straight up and saying all of this, risking his Christmas morning and everything, and this friend says, “Man, what are you doing? That’s Santa. You can’t be talking to Santa like that; you won’t get any presents.”

And then I saw how good this little boy was when it came to at least playing the bad guy. It’s amazing how other things from the day are so sketchy, when these images here are still so clear for me these 20 or so years later. This six year old boy is a few feet away from me and facing away. He turns, walks back toward me with disdain, hikes a jesting thumb toward me, and, in his best Fred G. Sanford channeling, he looks to his friend and says, “Fool. That ain’t  Santa. That’s that dude who read Pinoko; look at them shoes.”

It wouldn’t have sounded nearly as effective to my adult ears if he had pronounced the word correctly, but that mispronunciation just drove it home.

And he had me, at least as far as his friend was concerned, he did. When you consider it that his friend was the only kid there who had given me a confirmation that he believed I was Santa, his becoming just one of those who knew I was just some dude was a big blow to how well I’d done.

It didn’t bother me though; actually, it was the highlight of that day for me; it is the memory that has lived stronger longer than any of the others from a period of time, and that means something.

Those few moments with those boys were why I enjoyed being Santa that first time and what made me eagerly volunteer to do it the next year. The one boy’s desire to believe and the other’s cleverness gave me hope for the whole lot of them.

And the little girl who wanted a little sister? Well, I was never one to be able to help her with that; I was just a guy in black shoes.