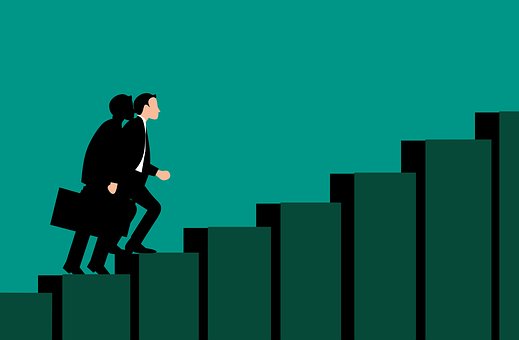 It seems as if I haven’t seen you in forever. I gotta tell you, when I retooled my focus on becoming a self-employed freelance writer last summer, I had no idea just what all was going to happen in this first year; it has been quite a whirlwind.

It is said that most people overestimate what they can do in a year and underestimate what they can do in ten, but I’ll tell you, if you had told me last July that I’d be where I am right now with these endeavors, I wouldn’t have been displeased at all. Nor am I displeased with how things are going. Yes, there is still much work to be done and many things to learn, but I’m so very pleased with the work I’ve had the opportunity to do and the things I’ve learned up to this point.

We started this thing here, this blog/website, paulelmo.com, and I had a notion about how to go about it that was all wrong. Paul Z took an active interest and even became a second site admin; he taught me things I could do with the computer other than just Microsoft Word, filmed the videos, championed the site, and even authored a couple of posts, and it has all been very helpful with the growth of the site.

Many of you also really went to great lengths to support and share the site, my sister Darla probably more than any other, but Angie Braun and Principal Scott also come to mind, and there are many others who did and do, and I hate that I can’t mention you all. Scot Barlow now comes to mind, a man who is a good friend in any situation. My sister Cara and her sons Aaron and Matthias are always very supportive. Two international friends with sites of their own have become quite good and loyal friends, and Steveforthedeaf.com is out there if you want some cool musical insights from an English perspective and ravisingh.com is available for good uplifting philosophy if you’re ever in need of such.

Still, there have been many of you who have helped, shared, and supported these efforts since Nurse Kelly became the site’s first follower, now a little more than 11 months ago. I thank you all for your interest and support.

Alas, the strength of the site, despite everyone’s efforts and interests, is so hampered by what I didn’t know starting out and which is part of what I’ve learned in the past year.

So much of the work I’ve done this year has been out of what was previously my wheelhouse.

Regressing a bit, those who were around last summer followed the progress of the writing of my novel The Situation with Phillip. I queried the novel out to one agent last September, feeling that that man was a good fit for what I had written. Then, instead of waiting six or twelve weeks for a form rejection, I received a personalized response in about five hours. Yes, it was a rejection, but it wasn’t your average rejection.

What I received was a 112-word personal note of rejection. (You bet I counted.) It said that we live in a publishing age where writing a good novel isn’t all that I needed to do; I also needed to prove that I could market a novel. The agent gave me some tips about social media, writers groups, and conferences, the type of things that would make me more viable in the market, and then I guess he wished me well. 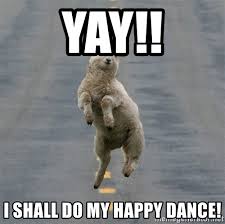 I considered querying the book out to another agent, but it made more sense for me to just take the man’s advice and try to build the platform he was talking about. I respected him, after all, for having taken the time and interest to try to point me in the right direction, so it seemed prudent to listen to what he had to say.

And that is what I’ve done. I haven’t gotten to everything he mentioned, but I am certainly on my to addressing all the items on the list. I had thought I’d send another query this September, but I don’t think my platform is going to be where it needs to be by then. Still, I’m on it, and at some point I’m going to be ready to send it back out.

About the first thing I did per the agent’s suggestions was look at the realm of social media. Paul Z said LinkedIn might be a good fit, so I started with that. That was in early October, and about the second day I was on the site I got a job that has changed my life.

I was looking for writing job postings, and I came upon one for a company in the Gettysburg area that was looking for business writers. The fit wasn’t right, and I thought it was a long shot; still, I sent the man an email. I told him that I didn’t have any idea what he was talking about, and if he had a writer for all of his assignments, I couldn’t see that I had anything to offer him. If he didn’t have writers for all of his assignments, however, I told him that I might be able to offer him something.

Allen Taylor is that man. Taylored Content is the company. Allen got back to me the next day and said he thought I might be able to grasp some of what he was on about, and we decided to give it a shot.

That was probably about the same time you and I last saw each other.

All of the places my writing has taken me in my mind these last nine months are areas that I’d never dreamed of. Every topic I have written about for Taylored Content and its clients is one that I knew nothing of this time last year.

I am not an expert on any of this, but Allen can now give me an assignment on fintech, blockchain, cryptocurrency, bitcoin, Ethereum, smart contracts, distributed ledger, Internet of Things, crypto wallets, sharding, hodling, real estate crowdfunding, tax code and its effects on certain spaces, and many other things, and I might not knock it out of the park, but I can give him a decent product and won’t shy away from the challenge.

Along the way I went from being a contributing writer of Lending Times to the Lead Feature Analysis Writer at Blockchain Times, and I even began to make some money with my writing, and I have cut my tending bar work week down to four days.

And now we’re getting to marketing, and I’m aghast to realize just how wrongly I went about with the formation of this site. It was doomed to mediocrity from the start. That’s not saying that the writing is poor, but that the site is just too all over the place to be greatly effective or successful. I apologize for that, and I hope you’ll continue to keep hanging around every now and then.

I’ll continue to show up every now and then too. It’s evident to those of you who have followed the site that it has been moved a bit to a back burner, but I’m still anxious to apply some of what I’m learning to make the posts going forward stronger than those that have come heretofore.

The site is going to have more of a centralized theme going forward, and that theme is going to be music. That doesn’t mean every post will be about music, but a larger percentage will be, and there will definitely be fewer subjects covered than there have been previously.

Who knows, even if the site’s potential is mediocre, it doesn’t mean that the posts have to be.

Be well, my chillins.

Much love and many prayers,